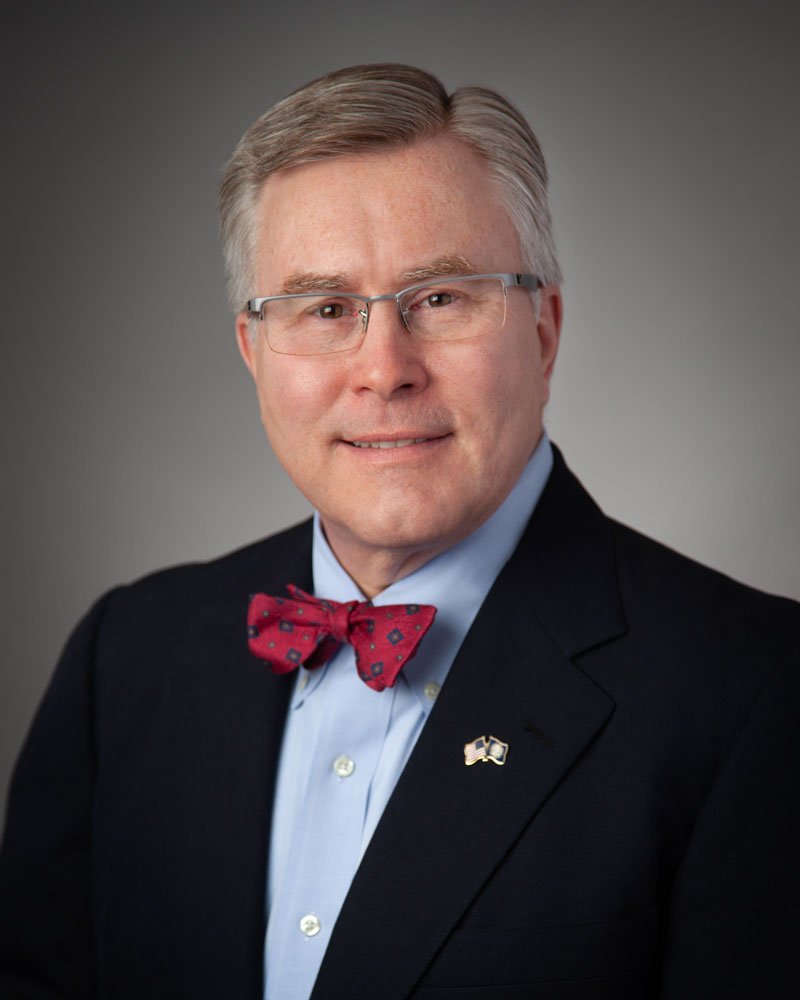 Attorney Thomas Torr is a founding partner of Cocheco Elder Law Associates, PLLC, and a native of the New Hampshire seacoast area. His practice is dedicated to helping his clients enhance and preserve their wealth, protect their loved ones and legacies, and manage their affairs during times of crisis. Tom’s priority is building strong, long-lasting relationships with his clients to help them achieve their personal, professional, and estate planning goals.

LWP sat down with Tom to talk about his firm and the impact LWP has had on his practice since becoming a Member in 2017.

Tom, could you tell us about your journey toward becoming an elder law and estate planning attorney?

I was always interested in helping people and trying to make a difference in the world, even when I was very young. Initially, I tried to accomplish this through politics. While attending the University of New Hampshire, I interned for Senator Warren B. Rudman of New Hampshire. After earning my BA, I worked for the Republican National Committee during the early 1980s, doing presidential opposition research. I was also the Finance Chair of the Brady For Congress campaign in 1984. After that, I spent several years in the Office of Congressional and Public Affairs at the U.S. Customs Service and the Department of Treasury.

While this was interesting work, and I got to see the inner workings of government—which was both a good and a bad thing—over time I concluded that I wasn’t really making a direct impact on people’s lives. After doing some research, I realized that the law, and estate planning in particular, would allow me to make a genuine difference in the lives of my clients. I enrolled at Ohio Northern University and earned my J.D. in 1993.

What sets your practice apart from others in you market?

I would say it’s my ability to communicate effectively with prospects and clients. I listen reflectively, collaborate closely, and make sure my clients understand their options. I begin with a series of questions, such as “Why have you come to see me, what keeps you up at night, what are you hoping to accomplish?” This approach allows me to create customized plans tailored to the particular needs and goals of each client.

I am also committed to educating clients and the public about the importance of estate planning. I do this through seminars and my weekly radio show, Legally Speaking with Tom Torr, which airs on News Talk 98.1 WTSN every Saturday morning at 9:00 a.m.

You’ve been a Member now for five-plus years. How closely do you follow LWP’s systems and processes?

I follow them closely now, but that wasn’t always the case. I was fully committed to LWP from the get-go, but you’ve heard the expression, “You can’t teach an old dog new tricks.” When I joined, I had been practicing estate planning for many years and I had my own habits, my own way of doing things. I think assimilating into LWP can be easier for folks who are transitioning from other practice areas. They might not have their own systems and, consequently, don’t have to overcome bad habits. Plus, we are all lawyers after all, and sometimes we think we’re just smarter or better at solving problems than other folks. We think we can create reinvent the wheel ourselves. So I struggled for a while with adopting all of the LWP systems and processes. I finally realized that LWP already has all the wheels, why am I banging my head against the wall to make my square wheel work with LWP’s round ones. Now I FDS.

Another way to think about the processes, and I got this analogy from Candace, is to look at them as if they’re the candy conveyors that Lucy and Ethyl worked on during the TV show I Love Lucy. When Lucy and Ethyl were monitoring the chocolates, and the conveyor was moving too fast, they’d try to wolf down the chocolates quickly to keep up with the conveyor. You can’t let that happen. So in this analogy, you have the probate conveyor, and the trust administration conveyor, and the estate planning conveyor, etc. What the processes do is keep the different conveyors moving at the right pace and the chocolates—the services we deliver to clients—keep flowing, nothing gets bogged down anywhere. The products flow through on a continuous system and get where they need to go.

Interesting. What has been your greatest success since becoming fully engaged with LWP?

As I mentioned, just learning to accept and then fully engage with LWP’s systems and processes was a triumph for me. Once I did that, revenue went up and the amount of time I needed to put in to run the business went down. I now have a full-time client services coordinator, a full-time paralegal, and a part-time bookkeeper. But accepting the systems and processes is critical to success, it really is. Many of us fight it, sometimes consciously and sometimes subconsciously, but you have to trust the system.

Do you have a favorite LWP tool?

I have two. The planning tools are really important for me. I absolutely must do my annual, quarterly, monthly, weekly, and especially my daily planning. If I don’t, I’ll just work on whatever lands on my desk. So I need to schedule everything. And the planning tools, plus working with Phil and now Candace, help me do that.

My other favorite tool is the Med Qual Worksheet. I love it! When you’re in a design meeting and a client is feeling overwhelmed about how to afford long-term care for the love of their life while still being able to buy groceries next week, the Med Qual Worksheet allows you to quickly show the client how you can solve both problems. Then, you can see the stress just leave their body while they’re sitting in the conference room. You see the light and the life coming into their eyes, and they smile. And that’s why I do what I do. It’s invigorating and it brings such joy.

I had that happen with a gentleman last week. He and his wife had saved about $220,000. She was in a rebab bed in a nursing home about an hour away from where he lived. He was worried that their money would be gone in a year. I used the worksheet and was able to show him that we were going to be able to protect the preponderance of his savings. We were also going to be able to move his wife to a facility just a mile and a half away from him, so he could easily visit her. He was so relieved and happy. It was wonderful.

That’s inspiring Tom, thank you. Would you like to share other aspects of being an LWP Member that you find particularly valuable or rewarding? How about TAPER?

I think TAPER is the soul of the community. It’s great to be able to share ideas with lawyers and non-lawyers, but especially the lawyers because a solo like me doesn’t get to do that very often. The last few TAPERs have been remote, and that’s something I’ve really missed.

Another great thing about TAPER is the education. It’s phenomenal, and there always seems to be a theme, a major topic that is timely and addresses a key issue. You learn so much that your head hurts. It’s like what Dave says, whether you’re attending Practice With Purpose or TAPER, it’s like sucking on a hose from a fire hydrant. The information is coming at you so quickly, and it’s so powerful. But then you go out to dinner and drinks with other lawyers from all over the country and talk about what you’re learning, share insights. It’s also nice to be able to share with other Members on Listserv, folks you have gotten to know and have developed a connection with thanks to TAPER. So it’s not just the legal stuff, it’s the community spirit. Thursday night we do something that’s purely social, which is always nice.

One other thing that’s great about going to a live TAPER is it gets you away from the office. You have a different mindset. The phones aren’t ringing, you can focus on building your business because you’re not physically enmeshed in it. I’m really looking forward to TAPER in Charlotte next year.

We are too, there’s nothing like a live TAPER. Let’s talk about some of the changes you’re currently seeing in your market, if any.

I think, like everyone else, the pandemic led to some changes, with the emergence of Zoom and people being afraid to come into the office. I’ve always made house calls, and still do, because I work in an older office, built in 1728, that’s not handicap accessible and many of my clients are elders. With the pandemic, I’ve been doing more of that, meeting with folks on their front porch, their backyard, whatever they’re most comfortable with.

Now that people are more familiar with Zoom, it’s broadened my reach. I’m licensed in both Maine and New Hampshire. The governor of New Hampshire signed a bill that allows for remote notarization, which will become effective next year. So in a sense we’ve done away with borders. I’ll be able to work with someone up in Colebrook, near the Canadian border, which is three hours or so away from my office. But we can meet online, and I can do an estate plan for them. My market reach has really expanded.

That’s great, Tom. As we wrap up, maybe you can tell us something about yourself that most people don’t know?

Sure. There are two things. The first is a bit of a joke, but I’m an old fart and the pandemic has given me a license to be antisocial. If I don’t want to do something I can blame it on COVID. But seriously, I really like the outdoors, and my goal is to complete all the 4,000-foot peaks in New Hampshire. There are, I believe, 48 of them and I’ve climbed 20 so far. Also, someday I’d really like to hike the Appalachian Trail, which goes from Georgia all the way to Maine. I’m not getting any younger though, so I better get a move on.

Searching for the Path and Plan to Achieve Your Defined Success?

Want to Become a Successful Member Like Those in Our Community?

I’m Interested in a Discover Call to Learn More About Lawyers with Purpose.