Being a partner in Manlius, New York’s estate planning and elder law firm, Crisafulli Gorman, is a second career for LWP member and trainer, Tim Crisafulli. Having first been a history teacher for over a decade, Tim found a new passion in helping clients understand estate planning and elder law issues that pertain to them, while also utilizing his excellent teaching skills to train other LWP members in the systems and processes that can benefit their firms. 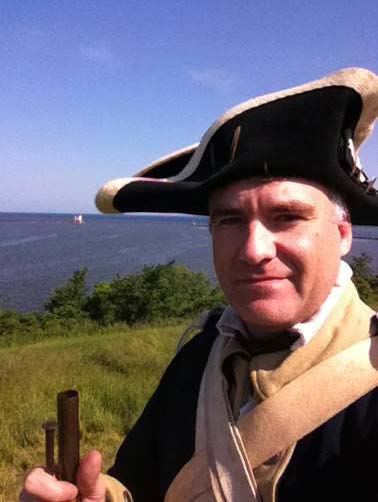 LWP sat down with Tim to talk about how his law firm has changed since becoming a member in November 2016 and his subsequent decision to become an LWP trainer.

Law wasn’t your first career. Could you tell me a little about your path to becoming an estate planning & elder law attorney?

I had taught for about ten years, and in teaching, you’re always doing additional graduate work. I figured, “Why not try some graduate work that would qualify me for doing something different?” I applied for law school and was accepted. I had the support of my superintendent, who was wonderful. He said, “I hope you hate it, but I don’t want you to go through the rest of your career wondering, so take a year leave of absence. I’ll make it happen, but I hope you hate it and come back.” Knowing I had the security of a job in place gave me the freedom to try it out.

After law school, I took a position at an upstate NY law firm for six years. I tried a number of things, but I kept coming back to trusts and estates, and I liked it.

What do you believe sets Crisafulli Gorman apart from your competition?

One thing is being an LWP member because it offers support, structure, and training in how to run a law firm. No lawyer is born knowing how to run a law firm. This is really a phenomenal program because it has all the supports; it has all the community. It’s a big deal. How it makes us look different to clients and potential clients is that they can see the systems that we have in place. They can see that when we’re doing elder law that we’re really good at explaining it. I think that’s probably the biggest thing that sets us apart; when clients work with us, they really understand what they’re doing and why they’re doing it. They feel like they’ve been educated about this piece of the law.

What brought you to LWP?

My introduction to LWP came with my introduction to Dave Zumpano. Dave hired the firm where I was working at the time to do a business-related project for him. I bumped into him in the hall. When I told him I did trusts and estates, we got together to talk. He invited me to go to TAPER in February 2016, and I went. I was sold on going down the path of learning more.

What made you decide to become a LWP trainer once you’d become a member?

One of the things that I can do well is to take hard concepts and break them down into a way that’s understandable to whomever my audience is at the time. I really like that. As a former teacher, I really like both the materials and the way they’re presented. It’s brilliant teaching. It’s laid out well and very thoughtfully done. I’ve attended a lot of CLEs; this is not like those. This is just a way better way to learn things. It’s fun. One of the nice things about LWP is the community that gets built; you get to connect with people from the front of the room.

What is your favorite part of TAPER?

It always came down to seeing people who were into it, and my trainers were really into it. They were happy with their practices and incredibly enthusiastic to share it. A lot of attorneys end up in a place of drudgery, but my trainers were not there. They were excited about what they were doing, and they really wanted to share it with great generosity of spirit.

What is the greatest success you’ve had since you fully engaged with LWP?

“Fully engaged” came for me in stages. I’m a high fact finder. I came back from that TAPER, and I didn’t touch it for eight months. Then, Dave and I had another meeting, and he asked what was going on. I told him that I wasn’t sure that I was ready to shift over to using LWP documents instead of mine. So, Dave hired me to evaluate the documents. He said, “I understand you need to figure out if you believe they work legally, so do your research.” I did, for months. I discovered that they’re good documents. They work beautifully. They’ve been tested in a lot of different states.

Another experience that helped me fully engage occurred while I was training. I had trained a member who was very new and had not been practicing elder law or trusts and estates for more than six or eight weeks. That person came to TAPER a year later and was knocking it out of the park. It was then that I made the commitment to fully engage with all that LWP offered.

Once I’d fully engaged, the coaching and the implementation forced a very careful creation of just the right goals. It provided a focus on how you should be spending your time, and then it’s breaking it down into manageable pieces. Then, it’s being held accountable to make sure that they happen. Without fully engaging in LWP, I truly just never would’ve gotten around to it because I would have been too busy putting out fires.

So, the kinds of things that happen when you fully engage are the ability to grow with confidence, the ability to do more volume because I have the systems to handle it. I don’t work on weekends. I probably work fewer hours than I used to; I also have revenue increases. It’s been a game changer. It takes a long time to fully implement everything, and I’m still working on that. It’s constant growth, changing, and learning. I like all those things. I’m part of an organization that’s always looking ahead and helping its members get there.

How tightly do you follow LWP’s systems and processes?

I can’t say I’ve got them all in place, but if there is a thing that I’m not already doing, I’m committed to getting there. I’m either doing it all, or on my way to doing it all. Sometimes after joining LWP, members might find themselves deviating from the system. But, when they return to it, they’ll likely find that many problems resolve pretty quickly. Following the system to the greatest extent possible makes the practice a lot better.

What is your favorite LWP tool?

It is calendar management. The color coding my calendar changed everything. It gave me the ability to not just go through my professional life just putting out the fire burning most brightly in the moment. I got to be deliberate. I got to plan how my hours would be spent. It gave me control over prioritizing my time, which is the ultimate in limited resources. So, here’s this tool and this approach that lets you master that. That’s a big deal, a game changer.

What kinds of changes, if any, are you currently seeing in your market?

The biggest change these last six months is delivery of legal services. We went from in-person to the need to transform to be able to do this remotely. I’ve seen my clients make the adjustment to first having the right mindset to be open to doing some Zoom meetings. Now I can talk almost anybody onto Zoom. That’s a new skill I have. I now see clients in a space where they are needing to and open to receiving legal services in a remote way. That’s the biggest change, and, frankly, I like it!

The biggest client success stories come through Medicaid applications when you have a community spouse in a place of horrible crisis. There is a health emergency; there is a family emergency with all of this uncertainty, and on top of that, the community spouse is scared to death of going completely broke paying for it. Then, when you take them through the planning and they get to see that maybe they can keep it all, or a lot of it, but in any case, when you can relieve some of the financial burden for them, that’s a really big deal. You’ve given somebody peace at a time when there’s none to be had.

Share something about yourself that most people don’t know.

I have been a Revolutionary War re-enactor since I was 18. I’m part of a group based in Oswego, NY. It’s called the Continental Arms Collectors Revolutionary War Interpretive Unit. We do parades and educational events and visit schools. We have reproductions of the entire uniform that George Washington said soldiers should be wearing as of 1781, and we have reproductions of the firearms. It’s fun!

What is your favorite book, and how did it impact your life?

What kind of practice do you want?

Want to Become a Successful Member Like Those in Our Community?

I’m Interested in a Discover Call to Learn More About Lawyers with Purpose.