Known by his LWP coaches not only for his steadfast determination in working to achieve his goals but also for continually striving to help others, attorney Ben Humphries of the Kentucky Estate Planning Law Center in Elizabethtown, KY, has made a number of notable achievements since joining LWP in May of 2019.

In fact, within just a few months of joining LWP, he had been retained for five trust plans within one week, and now just a little more than one year after joining, he has experienced his highest grossing year, effectively doubling his revenue while making it more consistent. Even COVID-19 didn’t stall his progress; before the end of March 2020, his firm had already adapted to the new challenges posed by the pandemic and had changed its processes to conducting workshops via Zoom and recorded them for future use.

LWP sat down with Ben to talk about his many successes.

What brought you to the practice of law?

Growing up, my parents were my heroes, but in addition to them, my Uncle Jimmy was also a hero to me. He was a judge who had opened his own law firm. I looked up to him when I was growing up, and I respected the practice of law because of how he did it. He was held in high regard professionally, and it was my dream to practice in his firm. When I graduated law school, he had become a judge, and I was hired to work in that law firm.

What brought you to estate planning?

It was a time in my practice when I was looking for change. I was growing in my faith and changing my mindset, and I wanted to practice law without being involved in cases involving lawsuits or wrongdoing.

I also had been partners with another attorney, and while he was looking toward retirement, I was looking to change my practice to something that I could do on my own once he retired. At that point, I had done some estate planning, but not exclusively, and the field, itself, was changing. Folks were either “all in” or not doing estate planning at all. Those who were doing it were going beyond what was typical of a general practitioner’s knowledge and skill set.

How did you come across LWP?

I had noticed the change taking place in the field, and I’d attended events, but I couldn’t figure out how to make the change. I had a hard time taking the leap. I had met someone who was with LWP. She told me her story, and that she’d made an investment in herself and in her life by joining. I then saw her again a year later, while I was in the same position I’d been in the previous year. She re-told me the same story, and that time, she said that I’d have to take a leap of faith. Joining LWP was more about me and my readiness than about the opportunity not being there sooner.

What successes have you had by using LWP’s systems and processes?

On my first call with Mandy, I told her that I felt like I was handcuffed to my desk, literally, and that I was not allowed to leave. I had a life with my faith and my family, but it was being neglected. LWP has helped with the consistency of income that’s allowed me the time to devote to my faith and my life. You’re no longer so fearful because you know what’s to come tomorrow, next week, and next month. You can breathe and can create a more balanced life.

How tightly do you follow LWP’s systems and processes?

Over the last 3 months, we’ve followed it exactly, using every single piece.

What are your favorite LWP tools?

I like the workshops with script because it’s turnkey. It’s ready with some minor adjustments. I needed that, as making the transition was hard. It’s like the ready-made cookies that you pull out of the freezer and put into the oven—they’re great! Prior to the workshops, I was afraid of being wrong, but by following the script and stories, I knew I wasn’t wrong.

What kinds of trends are you seeing in your area?

I have 100,000 people in my county, and that’s my market. There are other attorneys out there who are pushing the field of estate planning in my market, so I have to stay current and visible. That’s one of the things that LWP does, is to call on you to market your firm because most of us have been trained not to do so.

My market is changing. My market used to be those with whom I went to church or played sports, etc. It used to be who I knew in order to get the business. Now, I’m able to meet clients whom I don’t know, and I never would’ve met them before I joined LWP.

How has COVID-19 affected your firm?

COVID-19 made us re-evaluate everything. When it hit, my main paraprofessional was in her 70s, and she no longer felt comfortable being in the role. We knew that we needed to hire another team member and that we wanted to hire someone who could become like Briana is for Dave Zumpano’s firm, so we decided to hire above our current need, and soon Julia joined us.

She’s picked up everything very quickly. It was scary, but at the same time, there was a lot of burnout among my other employees, and we needed someone even if training would be difficult in the beginning due to the pandemic. With Mandy and Phil’s help, it’s been great.

Altogether, having COVID plus a new person on the team required a lot of faith plus a trust in the systems.

Have you attended TAPER, and if so, what was one of your greatest TAPER learnings?

I’ve been to every TAPER since I joined LWP. The difference between going with your team vs. without them is that you’ll grow so much more if you take your whole team, even if it costs a lot. You get a whole lot of momentum coming out of it if you take your whole team, but even if you attend with just your partner, it forces you to address the things you haven’t had a chance to address, plus the legal updates are all helpful. It’s been fantastic for me.

I’ve had a few favorite sessions. In Atlanta, I really liked Paula Friedland’s session. As a result of what I heard there, she is now one of my coaches. So, you’re introduced to high level people and talent. She exposes you to the rest of the world, the country, what’s going on and gets you outside of your bubble.

Dave’s session on daily, weekly, and monthly planning was awesome, and the VA accreditation session was also really good.

I kept having clients come in and want to do this kind of trust or that kind of trust, and I wanted to do it for them, but I didn’t know how. So, I told them I was getting trained at Practice With Purpose, and if they didn’t mind, to come back after the training. I learned a lot at PWP, and after completing it, I was able to meet my clients’ needs, whereas before, I had been worried about not being able to do a good job or about not knowing cutting edge law. Now, I just have a sense of pride in what I’m doing.

What’s something that people may not know about you?

My wife and I met on a blind date. Now, we’ve got 5 kids. I’m also a runner who’s run six marathons, and I’ve been leading a food pantry in my community for two years, and we serve 1200-1500 people each month.

What is your favorite book, and what is the impact that it’s had on your life?

I love to read, and I generally have three or four books going at a time. I try to read the Scriptures every day as best I can, but I also enjoy reading about Michael Jordan’s trainer and about the 4-minute mile. 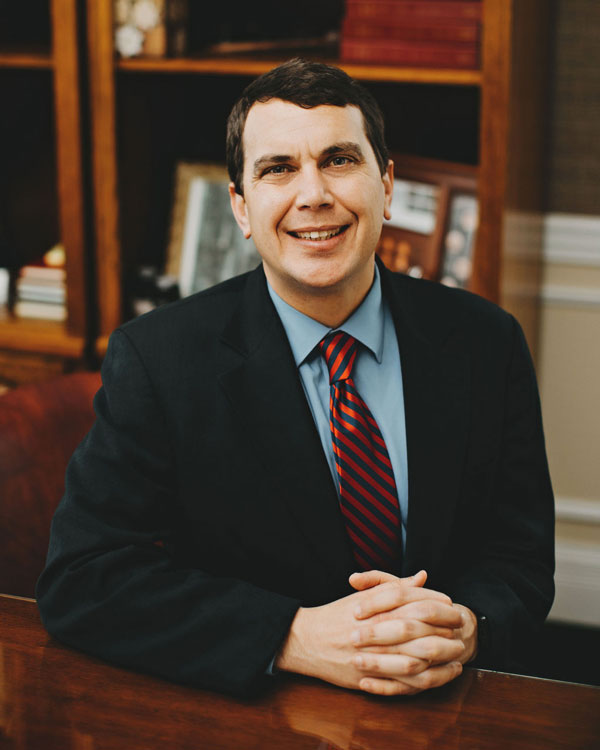 Searching for the path and plan to achieve your defined success?

What do you want from your practice? Declare it today!